Setting up a SSH tunnel

As UNIX/Linux/Mac OS X has the ssh package the configuration of the tunnel is possible from the command line. However, on Windows platform SSH is not available and needs to either be installed or a separate package used to complete the tunnel. We shall deal with each of these separately in the next sections.

On UNIX/Linux and Mac OS X, if the ssh packages have been installed we can setup the tunnel with a single command issued from the command line:

The -L option specifies that a local port on the local (client) host is to be forwarded to the given host and port on the remote side.

You must complete the login process in order to setup the tunnel.

Here is an example:

It should be noted at this point that the tunnel remains open as long as this connection remains alive. If you attempt to logout then the tunnel will disappear. 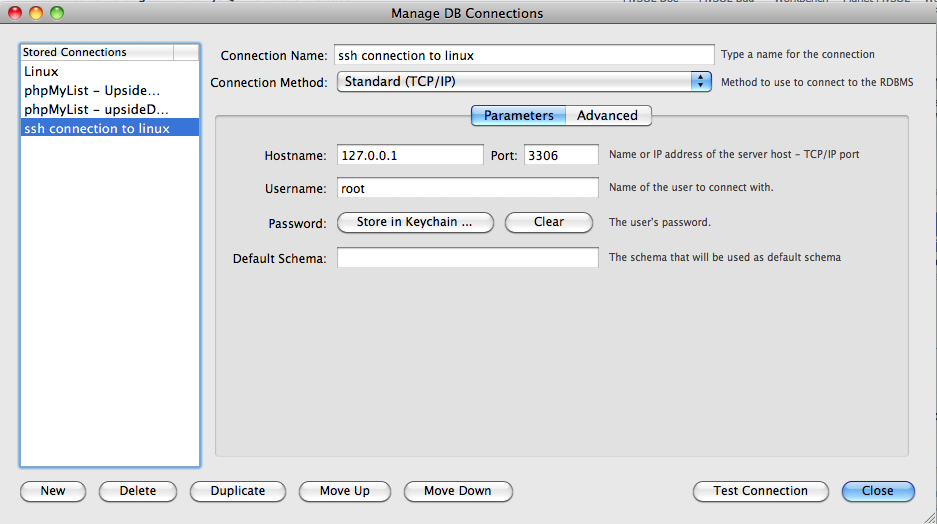 For our tests we are going to use PuTTY and MySQL Workbench. PuTTY is a free implementation of Telnet and SSH for Windows and UNIX platforms. The solution is comprehensive and includes a facility for creating tunnels over which we will connect to our database server with encrypted communications.

The first step is to fill in the SSH client connection configuration as follows. 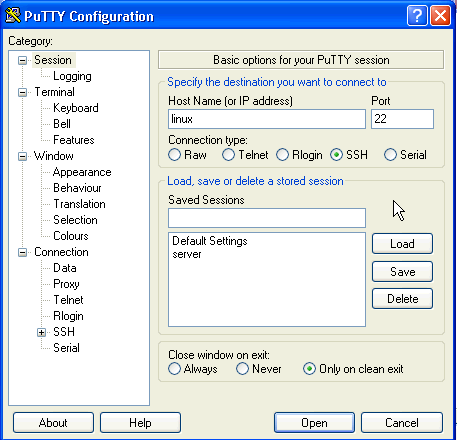 Here we add in the default port for MySQL server i.e. 3306 and the remote host and port number. Be sure to click the Add button. 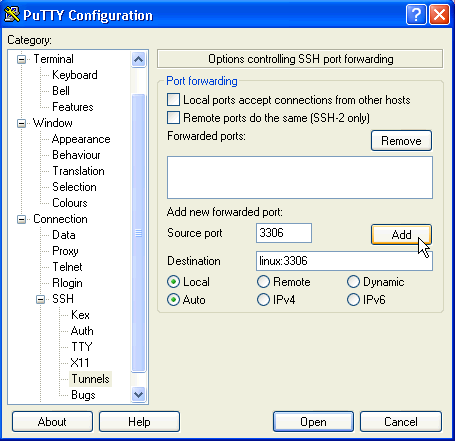 Here we initialize the connection configuration in MySQL Workbench and connect to the server via the SSH tunnel.